Lokrum Island is a nature and special forest vegetation reserve protected by UNESCO. Since it is only a short boat ride from Dubrovnik’s old town, the unique island became a perfect spot to get out of the city for one day. After Game of Thrones made the area more famous than it already was, the island gained many more visitors. You can dive deep into the monastery’s history while admiring the exotic plants the island is famous for. Make sure to pack your swimsuit so you can hop into the Adriatic Sea after sitting on the Iron Throne!

Since Lokrum Island is a unique, protected forest reserve, there are a few rules to follow: First of all, there are no cars or bikes allowed on the island. Smoking is forbidden, the same as throwing your waste down. You may not make a fire on the island, and, unfortunately, you also can not bring your dog. Since the exotic plants shall be preserved, you cannot pick them. Of course, you also shouldn’t harm any animals living on the island or damage the cultural sights.

Where is Lokrum Island?

Lokrum is a small Croatian island in the Adriatic sea, right in front of the old town of Dubrovnik. (600m only to be exact)

Due to its close location to Dubrovnik, you can spot the island most times on your strolls through the city once you have a clear view of the ocean, like on the city walls. How big is Lokrum island? It is relatively small, with around 1600m in length and 540m in width. Its highest point is 96m above sea level.

How do you get to Lokrum Island?

The most common way is to take the ferry. It takes around 10-15 minutes to go from Dubrovnik to Lokrum Island and costs around 150-200 Kuna (return ticket, including entry to the nature reserve). Your individual pricing may differ since they offer discounts for students, kids, or tourists holding a Dubrovnik Card. Personally, we paid 160 Kuna for a ticket since we had a 3-day Dubrovnik Card.

The ferry schedule depends on the season you’re in. In the low season, they usually operate hourly starting at 10:00, and the last ferry returns at 16:00. They start at around 09:00 and end at 19:00, running on a 30min schedule during high season. The ferry doesn’t run in the winter months and during bad weather conditions. Please note that the ferry schedule might change from season to season; you can check the timetables and recent information on lokrum.hr

You can purchase your ferry tickets right at the harbor next to the boat.

(Here, you’ll find a link to the latest pricing I found. I wasn’t able to find it in another language, but the photo function of google translate works perfectly fine on it!)

Many locals also visited the island with their own boats, which sounds fantastic. Since the island is pebbly and rocky close to the water, it was very easy for them to get to the plateaus and swim in the clear blue sea.

→ Can you swim to Lokrum island? Well, the distance would be possible, yet I wouldn’t recommend it due to the boats and ferries crossing your way.

→ Can you kayak to Lokrum? Yes, you can! You can visit Lokrum on a guided Kayak tour or rent your own kayak in the city. We’ve seen quite many people doing this. Yet, some people struggled to enter the island by the kayak because it is very rocky at most points.

What to do on Lokrum Island

Even though the island is tiny, there is a lot to do to spend your time:

Where exactly can you swim in Lokrum? There are a few different options: One side is rather steep and hard to reach. The other one makes it a little easier to get into the water. On the more flat side, there is an official nudist beach with a café. There is also a salt lake surrounded by rocks called the “Dead Sea.”

We personally climbed down a small path on the Northeast side, where we had a stone plateau all to ourselves. Make sure to bring some water shoes for easy access in and out of the water. The stones can be slippery and sharp!

Why would the GOT hype stop at Dubrovnik’s city walls, right? On Lokrum, you can find a little Game of Thrones Visitors center and a replica of the Iron Throne. And yes, you can sit on it and take pictures. There’s no extra fee for this, by the way, you can enter it for free.

With more than 800 kinds of plants and trees, the botanical gardens will make every plant-lovers heart beat faster. The path through the gardens is lovely, and we spent a lot of time there admiring the different species. 10/10 would recommend it!

Did you know the island is home to some unique animal species? The most famous animals would be the peacocks that will cross your path sooner or later. But there are also other land vertebrates like lizards and tortoises. You will also find a vast diversity of birds, tons of rabbits, and – my personal favorite residents – the dormouse and the hedgehog.

The monastery is a must-see on Lokrum. The whole complex consists of the monastery with the cloister garden, the remains of the basilica, and the summer residence of Maximilian von Habsburg, who is responsible for bringing all the exotic plants to Lokrum.

The fortress was built on the highest point of Lokrum and offered a great view of Dubrovnik‘s coastline. However, the trail up to Fort Royal can be challenging, especially on hot days.

The stone pool hiding behind that name was once used to water the plants and for bathing.

Due to its small size, the island is easy to explore on all the paths. I’d highly recommend walking along the beautiful trails and exploring all the sides of Lokrum. You will encounter many more sights, like the olive grove, the cross of Triton, or the Lazaret if you keep your eyes open. The “paradise path” is one of the most famous ones on the island and will lead you to Fort Royal.

We really enjoyed walking around, even though it’s been terribly hot that day. Luckily, the trees spend a lot of shadows, and you’re never far from a quick dip into the sea!

Most facilities are located in the southern part of the island, close to the GOT Museum and the Monastery complex.

Can you stay on Lokrum Island?

Definitely not. It is actually strictly prohibited to overnight on the island. Hence, you need to make sure to leave with the last ferry. There are no hotels or apartments anyway. The only possibility would be to camp there in a tent, yet that is also strictly forbidden.

What was filmed on Lokrum Island?

As you might already guess, Game of Thrones wasn’t only filmed in Dubrovnik’s old town, but also on Lokrum. (In the gardens of the benedictine monastery, to be exact.) The scenes they shot on the island were Daenerys visiting the garden party in Qarth and the warlock bringing the stolen dragons into the tower (Season 2).

Why is Lokrum cursed?

Many (including myself) don’t know before going to Lokrum that this tiny island is said to be cursed and let me tell you, they take that seriously. So now let me try to explain how that happened as short and easy as possible:

Once, in 1023, there was a fire outbreak in Dubrovnik, and – so the legend says – the people begged Saint Benedict for help. In return, they promised to build a monastery in his honor. Magically, the fire was extinguished. The people built the benedictine monastery and the church of the Virgin Mary on Lokurm Island, as promised. A few years passed, and the deadly curse originated when a french general closed down the monastery and banned the monks from the island. The monks were so angry they cursed the island walking around it with upside-down candles in their hands before leaving the island forever. What stayed, though, was their curse:

Whosoever claims Lokrum for his own personal pleasure shall be damned!

Since then, many who tried to own the island did end up dead. The island went through the hands of Napoleon, the Habsburg dynasty, Archduke Maximilian, and many more to come. Maximilian, for example, was executed in Mexico. Later, Maximilian’s nephew, who then got hold of the island, killed himself and his mistress. His mother, Sissi, visited him on Lokrum island and was later assassinated.

And the list goes on, and on, and on… If you want to dive deeper, you might like this article. The legend of Lokrum is told until today and does give the island a fascinating history.

But…who owns Lokrum Island now? Nowadays, Lokrum is owned by the state and open for visitors (during the daytime only, understandably). Does anyone live on Lokrum? No, the island remains uninhabited. (Well, except for the peacocks and rabbits,…)

Is Lokrum worth visiting?

In my opinion, it absolutely is. When I initially researched for our trip, I read my way through TripAdvisor. Many visitors complained about the high ferry fee and the lack of activities on the island. Personally, I totally disagree. Since this is a preserved area, I am happy to spend a few more bucks on a ticket that gives me access to this beautiful place and helps maintain it. Sure, the island won’t entertain you for a week, but it’s great for a day trip.

We arrived in Lokrum at around 12:00 as the last stop on our Game of Thrones city tour. I loved finding out more about the island’s history and seeing the places the scenes were filmed in. There are plenty of options to spend a beach day and simply walking around the paths was great.

Since Dubrovnik can get very crowded, it’s the perfect little getaway. I’d recommend planning the Lokrum (half-)day trip on one of the days the cruise ship tourists are flooding the city to flee those crowds.

I’d love to know if you’ve already been to Lokrum Island and if you share my love for it. If you’re planning an upcoming trip, let me already wish you a wonderful time in Dubrovnik and maybe also on Lokrum.

I hope this guide was a helpful resource and – as always – stay happy and healthy! 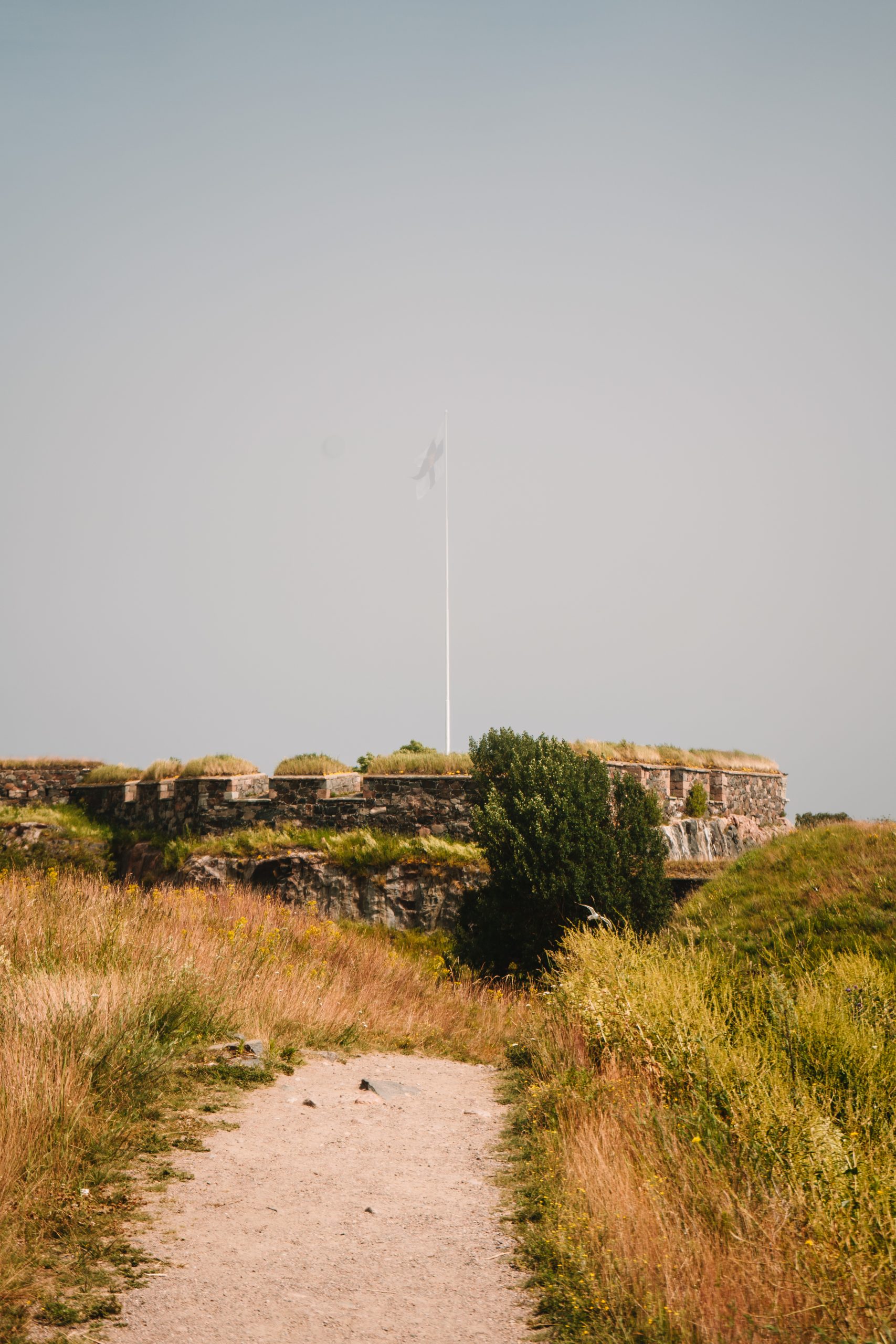 It is no secret that I absolutely adore northern countries. Hence, layovers in Helsinki are always welcome in my duty… 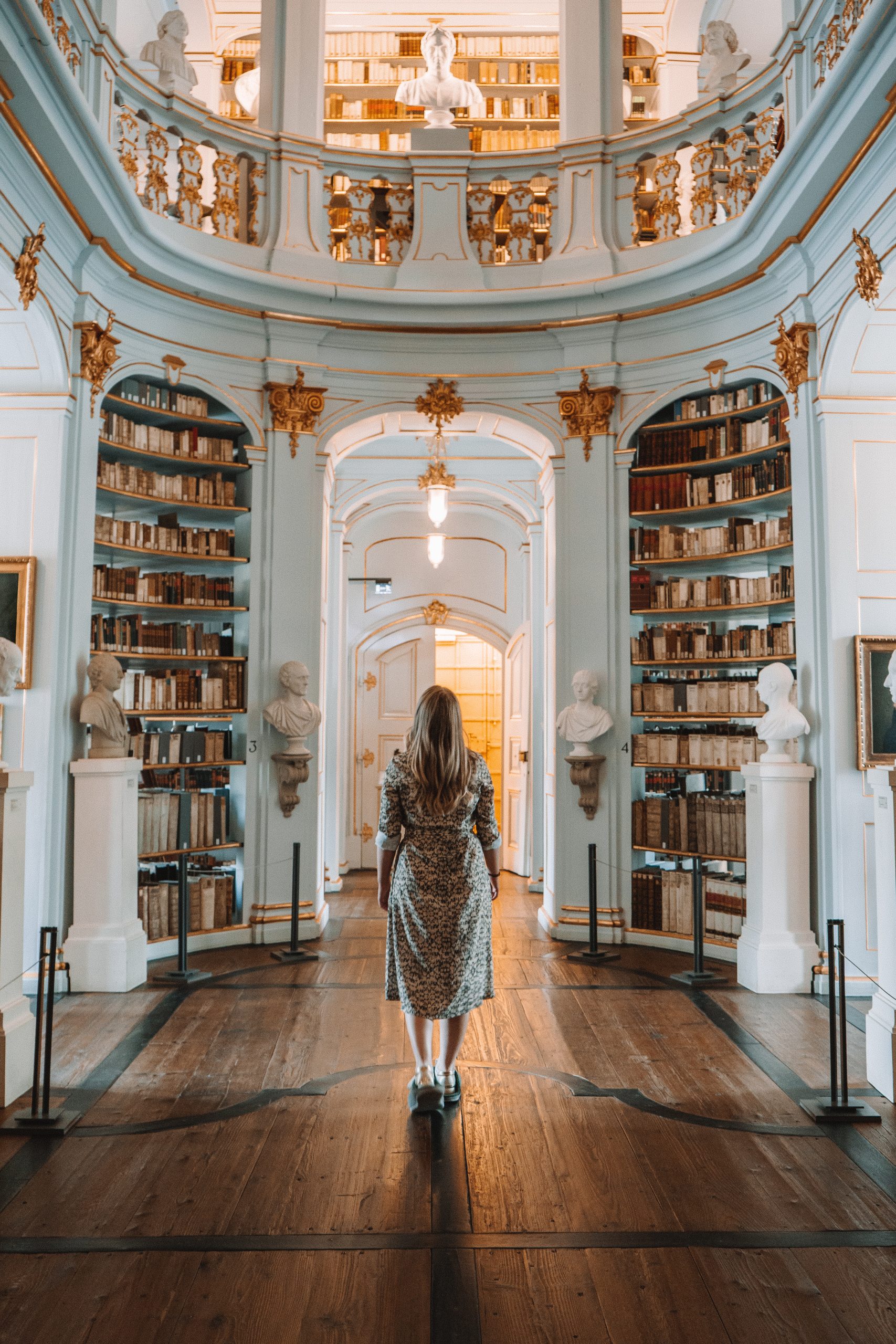 A few weeks ago, we went on a road trip to Saxony. On our way home to Nuremberg, we wanted… 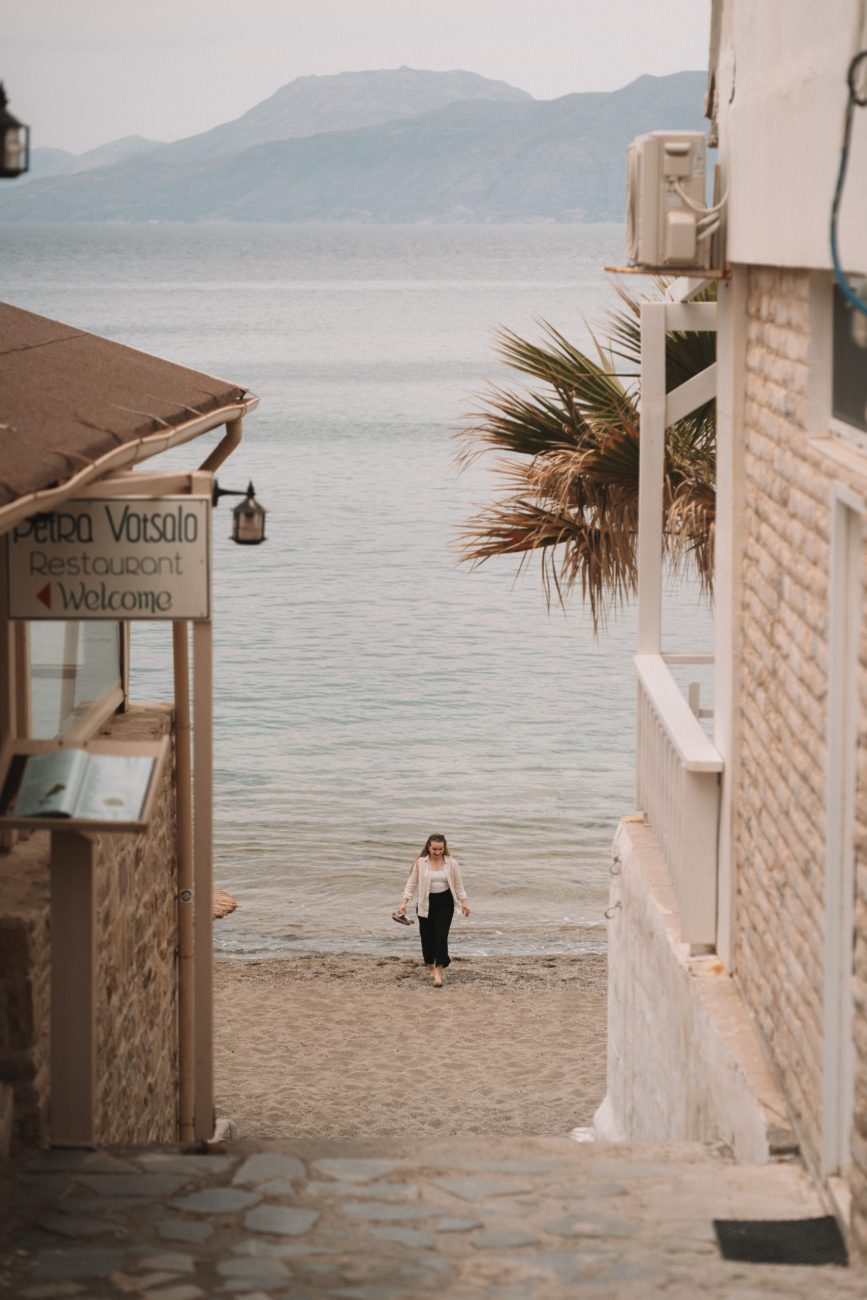 Matala – the tiny village on the south coast of Crete. It is a village with a vivid history that… 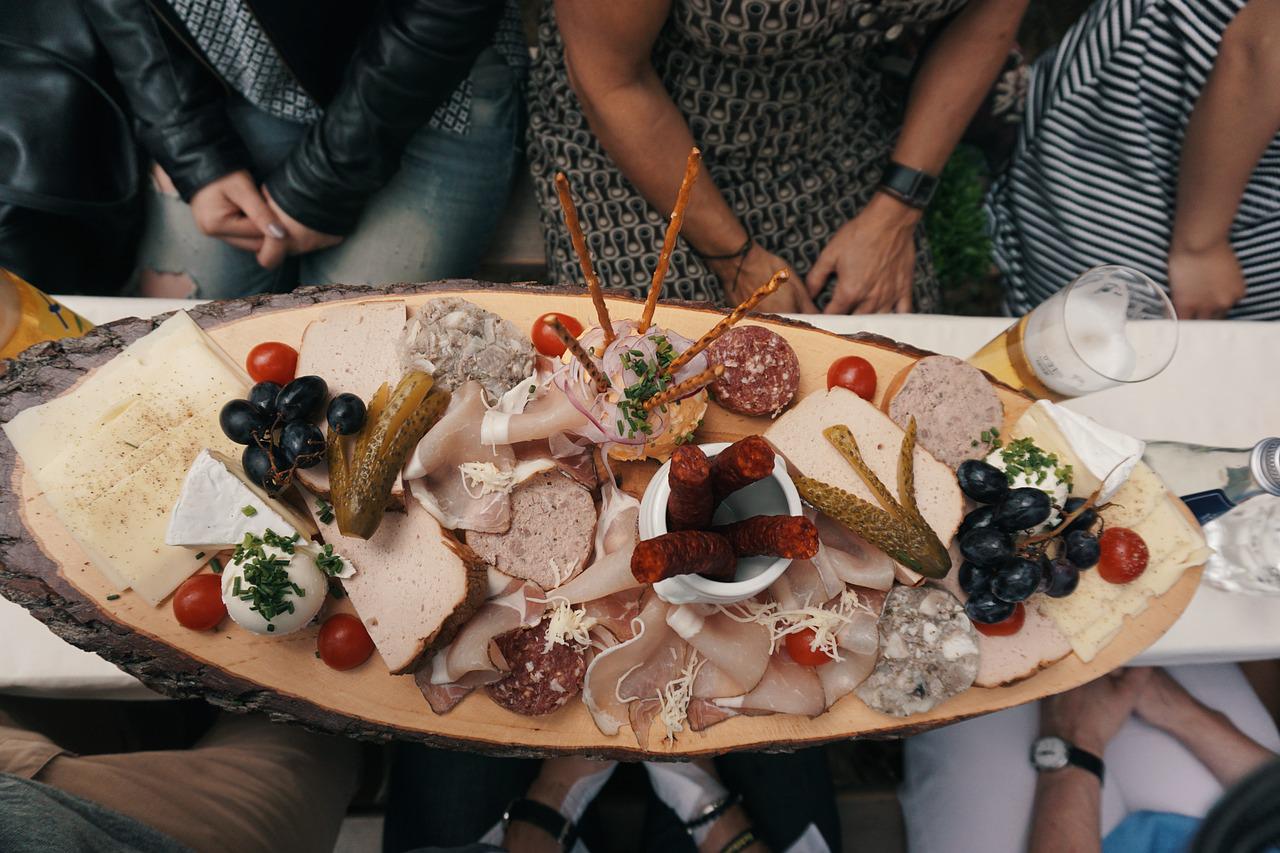 If you’re reading this, you’re probably about to come to Germany for a visit. Congrats on that, this country is… 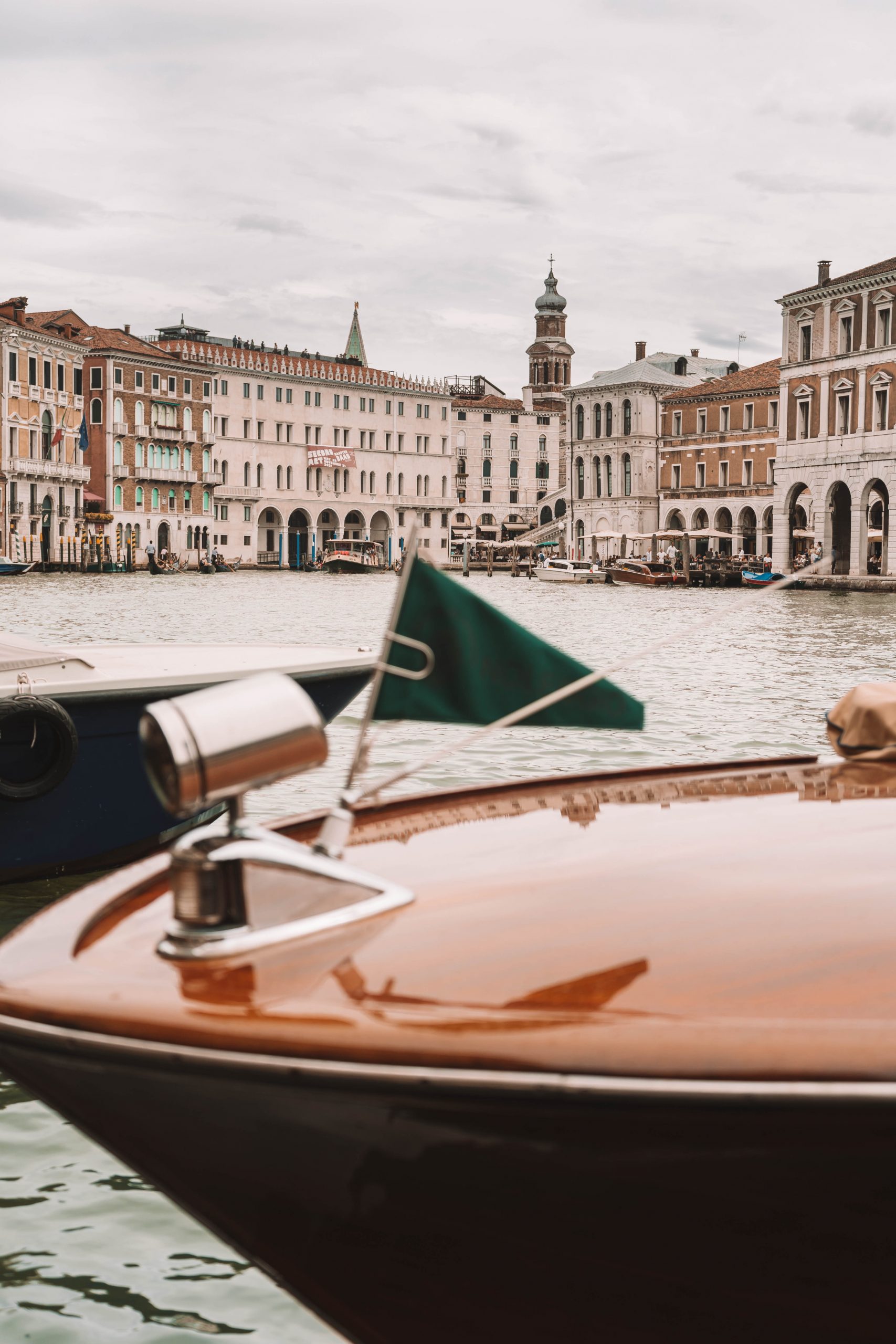 Oh Venice…the good old bucket list city for probably everyone on this planet. If you’re reading this right now, you’re… 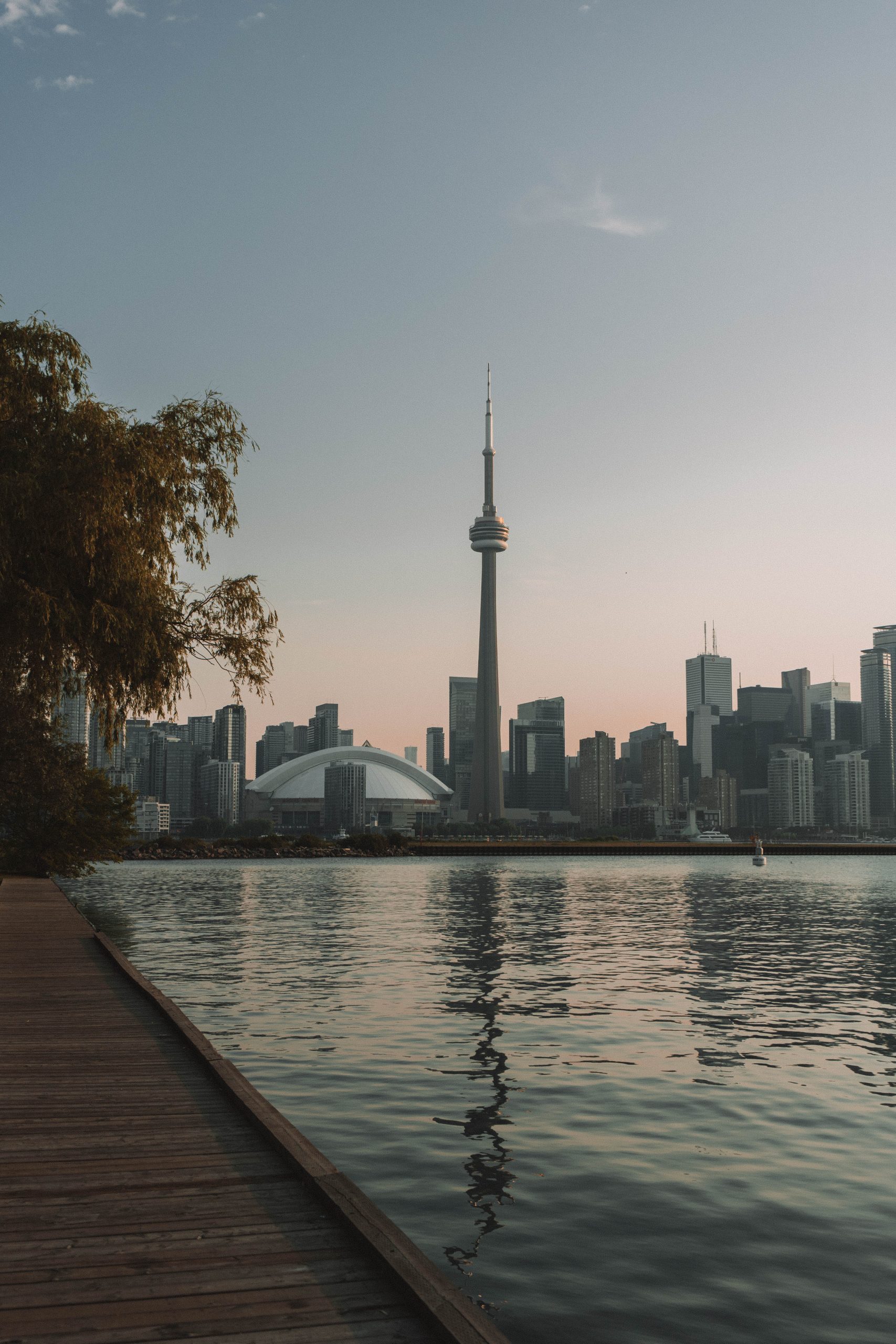 Hi there, and welcome (back) to the blog! It’s time to talk about one of my favorite spots on earth:…