Did you know Leipzig got rated the most liveable city in Germany? Sounds impressive, right? During our 24 hour stay in Leipzig, I collected some basic Leipzig tips I’m going to share with you for your future stay in the city.

But before diving into the Leipzig tips, let me give you a quick overview:

Leipzig is home to 600,000 inhabitants and is located about 160km southwest of Berlin. Leipzig has always been one of the major European centers of music and publishing culture. Unfortunately, it suffered a lot from WWII and the separation of Germany. After the reunification of Germany, Leipzig’s economy collapsed and brought severe unemployment. Today, after the restoration of important buildings and the development of industries and infrastructure, the city is an economic center with amazing prospects.

So with that being said, let’s dive right in!

…. because Leipzig’s Central Station is actually one of the main attractions in the city! It’s the world’s largest railway station by floor area and also a shopping destination. It attracts many tourists year-round and offers good connections around the country.

But to be honest: I was a little disappointed. Since it is declared as one of the city’s biggest attractions, I expected more. It is quite large indeed but it looks similar to other train stations in Germany (eg. Munich) – it’s just bigger. It didn’t really blow my mind.

PLUS TIP: You can find old museum trains at Platform 24 which were indeed very cool to explore (and take pictures).

Leipzig Tip 2 | Stroll around the city

The Old City Hall (built 1556) lies directly on the marketplace and houses a museum of the city’s history. It includes a ballroom that is used for cultural events and concerts.

On the marketplace itself, you can visit the farmers market every Tuesday and Thursday and buy some regional products. In December, it also hosts the city’s Christmas Market.

If you like to (window-)shop, I’d recommend strolling through some of Leipzig’s beautiful passages and arcades. The most famous must be Mädlerpassage. It offers not only the Auerbach’s Cellar but also some luxury shops and boutiques. New shopping arcades can be found e.g. in the Strohsack-Passage and Petersbogen.

Saint Thomas’s Church is also located in the center of the city and is most famous being the place where Johann Sebastian Bach worked as a cantor. In the summer months, you can participate in one of the tower tours for 2€ only. The church itself is open daily and outside of scheduled events like concerts you can visit it on your own or with a tour.

Saint Nicholas’s Church is the largest in Leipzig. It became renewed throughout the country for its Prayers for Peace every Monday since 1982. The weekly prayers acted as a starting point to the peaceful Monday demonstrations against the DDR regime in the 1980s.

Today, the prayers are still held on Monday at 5:00 pm. On Friday, you can take a tour of the organ if you’re interested.

Young Goethe once lived in Leipzig for three years during his university studies. Nowadays, many sites remember the city’s famous guest.

While young Goethe studied in Leipzig, he often ate and drank in this particular restaurant. But – why did it get so famous? It wasn’t only his place-to-be and favorite wine bar, it’s also the venue of a scene from his play „Faust“. Additionally, it’s beautifully located in one of the city center passages (Mädlerpassage), which makes it easily accessible for all tourists.

The place in front of the old Leipzig bourse is called Naschmarkt and will welcome you right across the entry of the Mädlerpassage. It offers some restaurants with a nice outside seating area. If you’re lucky you can find a table next to the Goethe Monument that’s placed there.

You might have already noticed that culture plays a huge role in the influence of Leipzig. Johann Sebastian Bach once lived and worked in Leipzig, Friedrich Schiller wrote his famous poem Ode to Joy while in the city. Today, you can study at the University of Music and Theater named after Felix Mendelssohn Bartholdy in Leipzig, the city of music.

The Gewandhaus is a concert hall on the Ausgustplatz in the city center. Their orchestra is one of the oldest symphony orchestras in the world and enjoys an international reputation. Directly in front of the Gewandhaus, there is a beautifully designed fountain, the Mendebrunnen. If you decide to visit one of the concerts, you may also be able to spot Europe’s biggest ceiling painting there.

Located directly across the Gewandhaus, the Oper of Leipzig is one of the most prominent opera houses in Germany. Its history dates back to 1693 which makes it the second oldest opera house in Germany. Today you can watch an opera choir, a children’s choir and one of the best ballet companies in Europe perform.

The Leipzig Zoological Garden is one of the oldest in the world and is located close to the city center. It’s not only one of the oldest, but also one of the most modern zoos in Europe. You can find 850 different species of animals and the world’s largest facilities for primates in this Zoo!

In the Zoo, you can also visit Gondwanaland, the world’s largest indoor rainforest hall. You can explore its variety of species by walking across rope bridges and even going on a boat ride through its jungle river! It’s amazing and definitely my favorite Leipzig Tip! Plus: Gondwanaland is the perfect alternative for a rainy day!

Leipzig Tip 6 | Climb up the “Völkerschlachtdenkmal”

The Battle of Nations monument is one of the largest monuments in Europe to commemorate the battle against Napoleonic troops. It’s a large, impressive building which you can visit on the inside or climb up. It’s a little outside the city center but still though really easy to reach. If you don’t want to use public transport, you can easily park your car in one of the parking lots.

You can visit the 299ft high monument from 10 am to 6 pm (4 pm during the winter season). The ticket costs 8€ and will allow you all the way up (very narrow passageways though!). After climbing 364 steps, you’ll be rewarded with a great view over Leipzig.

We went early in the morning before it opened so we didn’t climb up all the way. Nevertheless, you can still go up the first level and enjoy the view from there.

What else is there to see?

Of course, the Leipzig Tips above don’t cover every attraction in the city. If you have more time, you might also want to…

… experience culture at the Moritz Bastion

… visit the permanent exhibition in the Schiller house

I hope you found this little collection of Leipzig Tips helpful. I’d love to know if you’ve been to Leipzig already and what you liked most? Let me know in the comments! 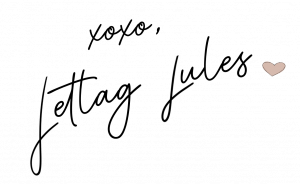 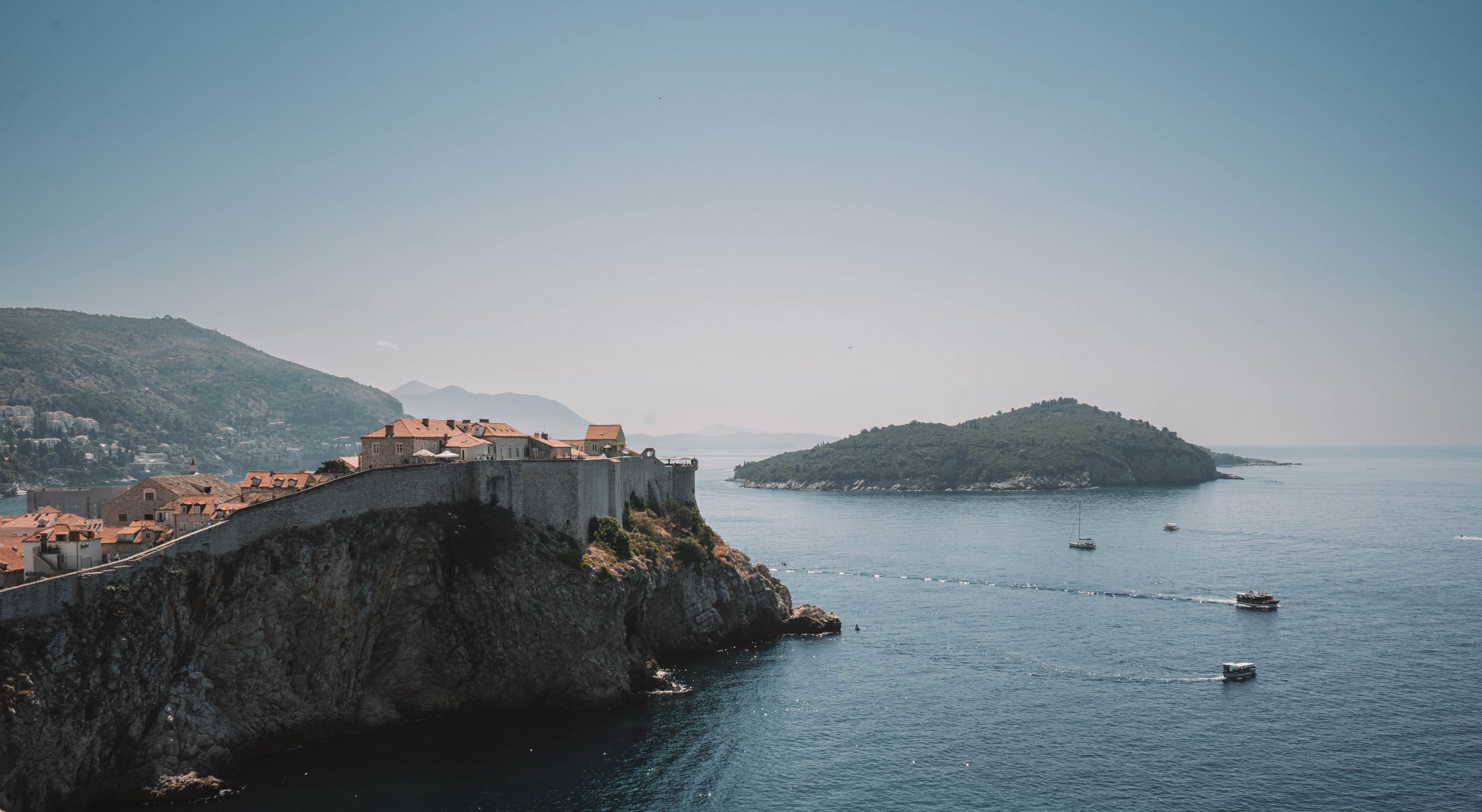 Lokrum Island is a nature and special forest vegetation reserve protected by UNESCO. Since it is only a short boat… 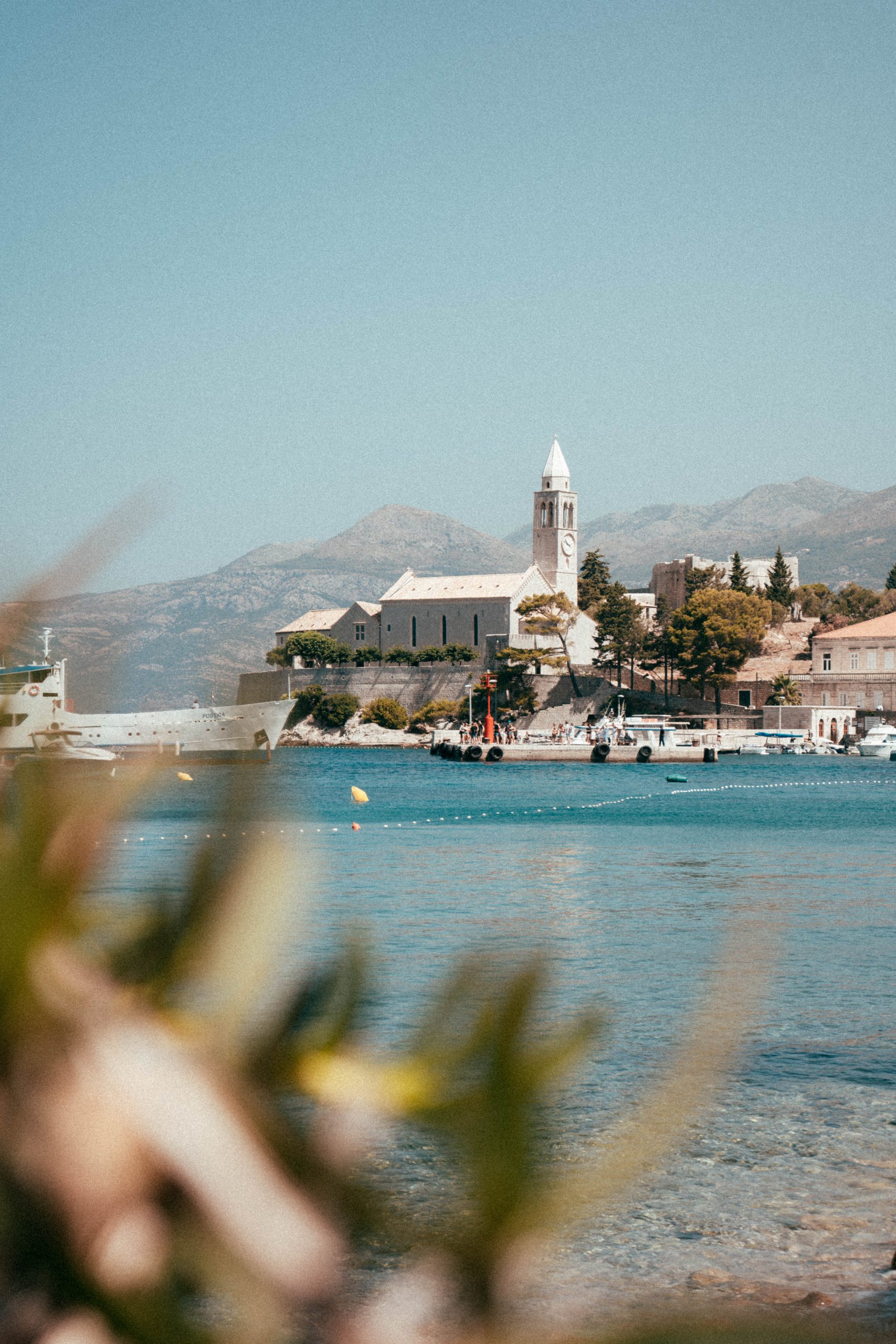 Hi there, and welcome (back) to the blog. This time, we’re continuing the Croatia series with another article that comes… 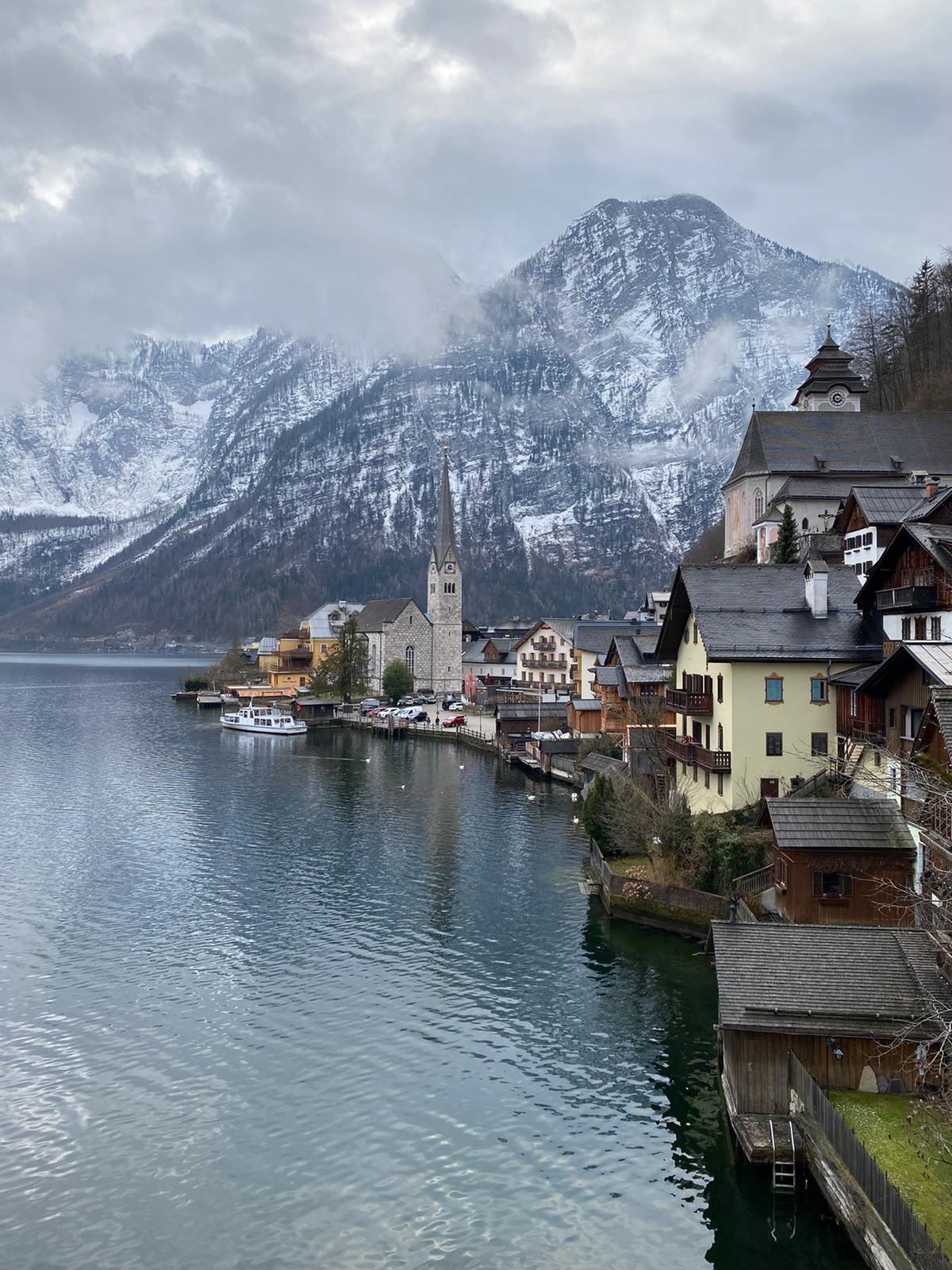 Hallstatt is a small town in the Salzkammergut area in Austria. Besides being a UNESCO World Heritage Site since 1997,… 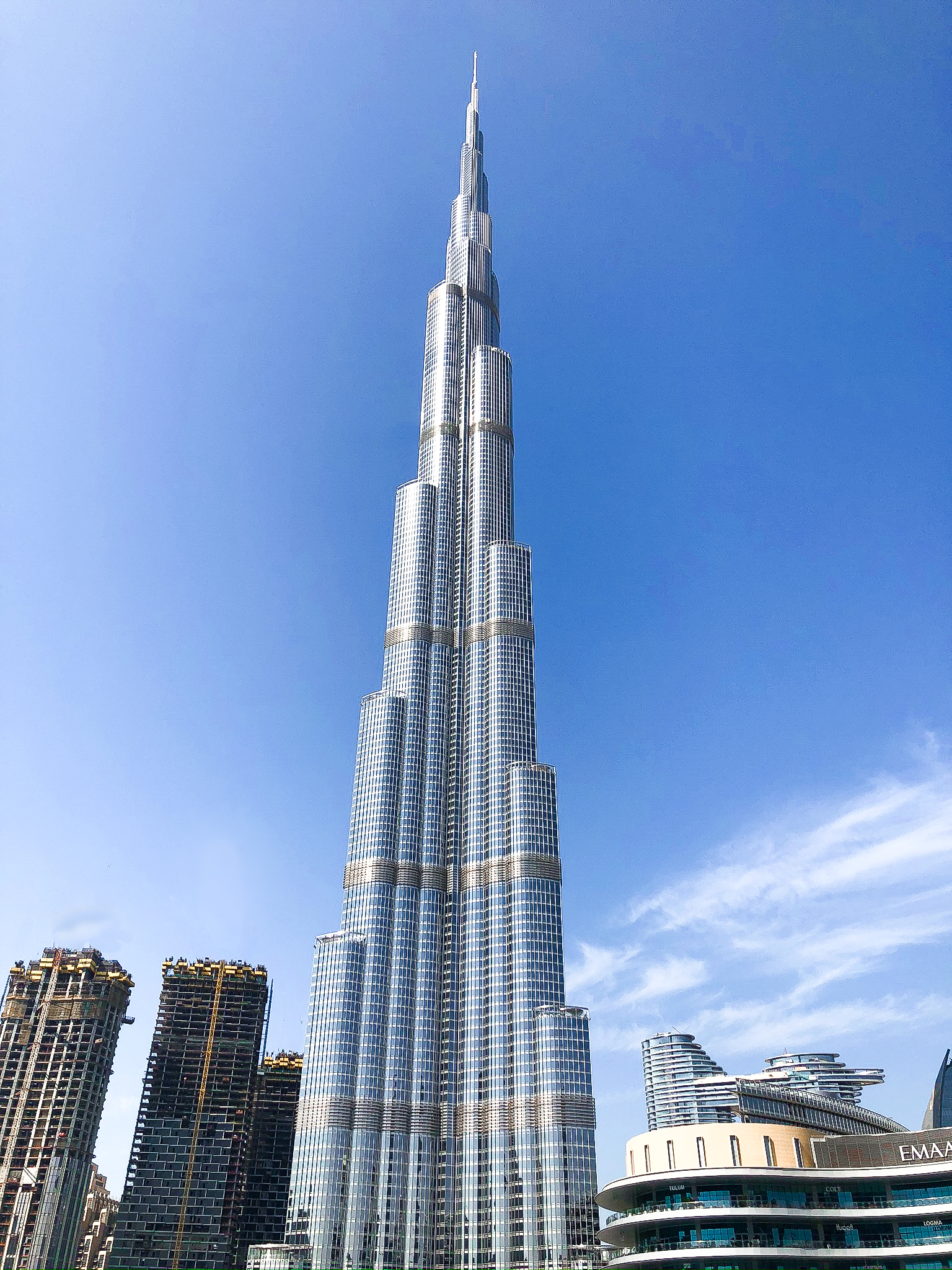 YOU NEED TO VISIT Dubai clearly is one of the most famous travel destinations. It’s so versatile and offers modern… 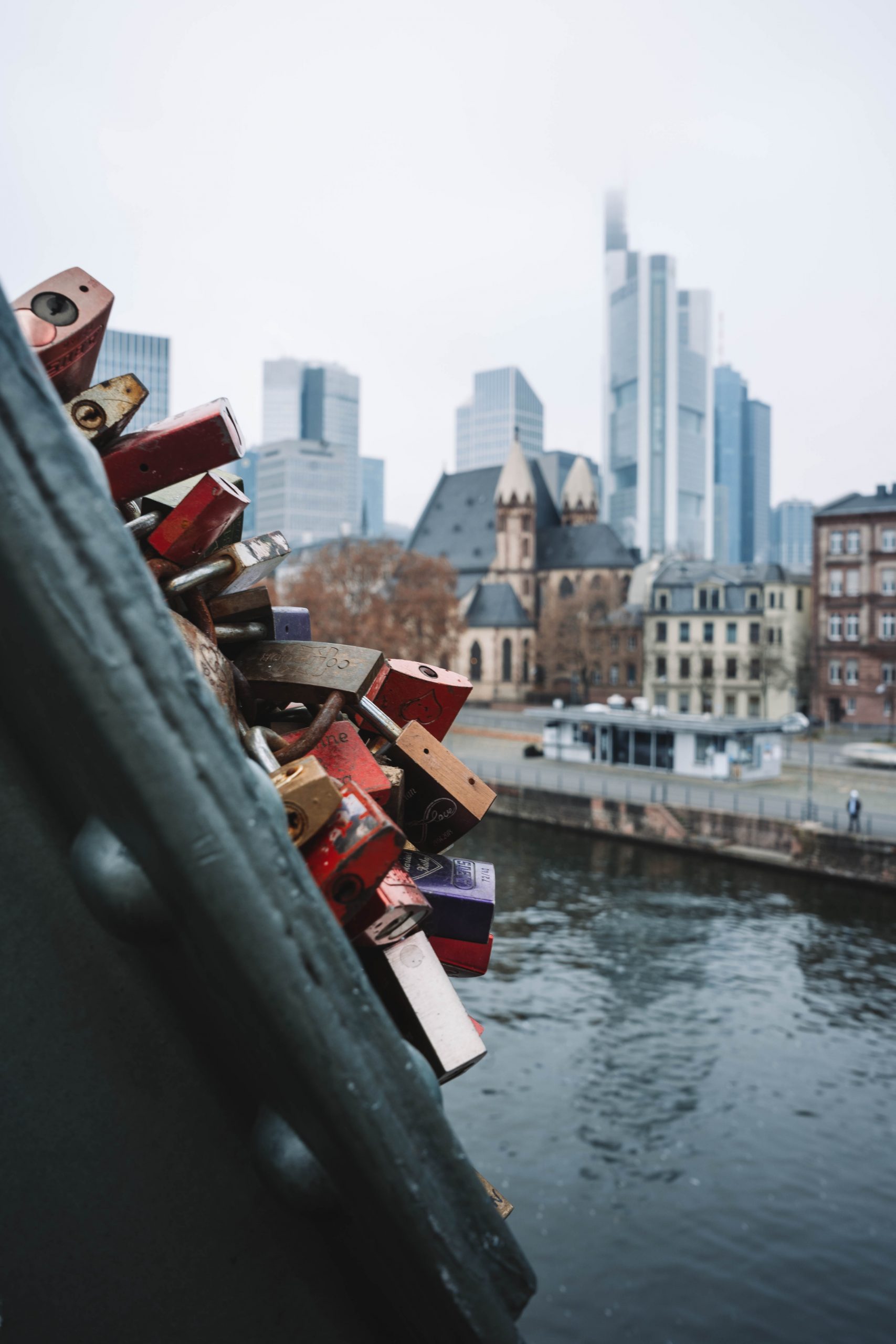 what to do, see and eat Frankfurt am Main – or how we call it sometimes – Mainhattan. Why? Because… 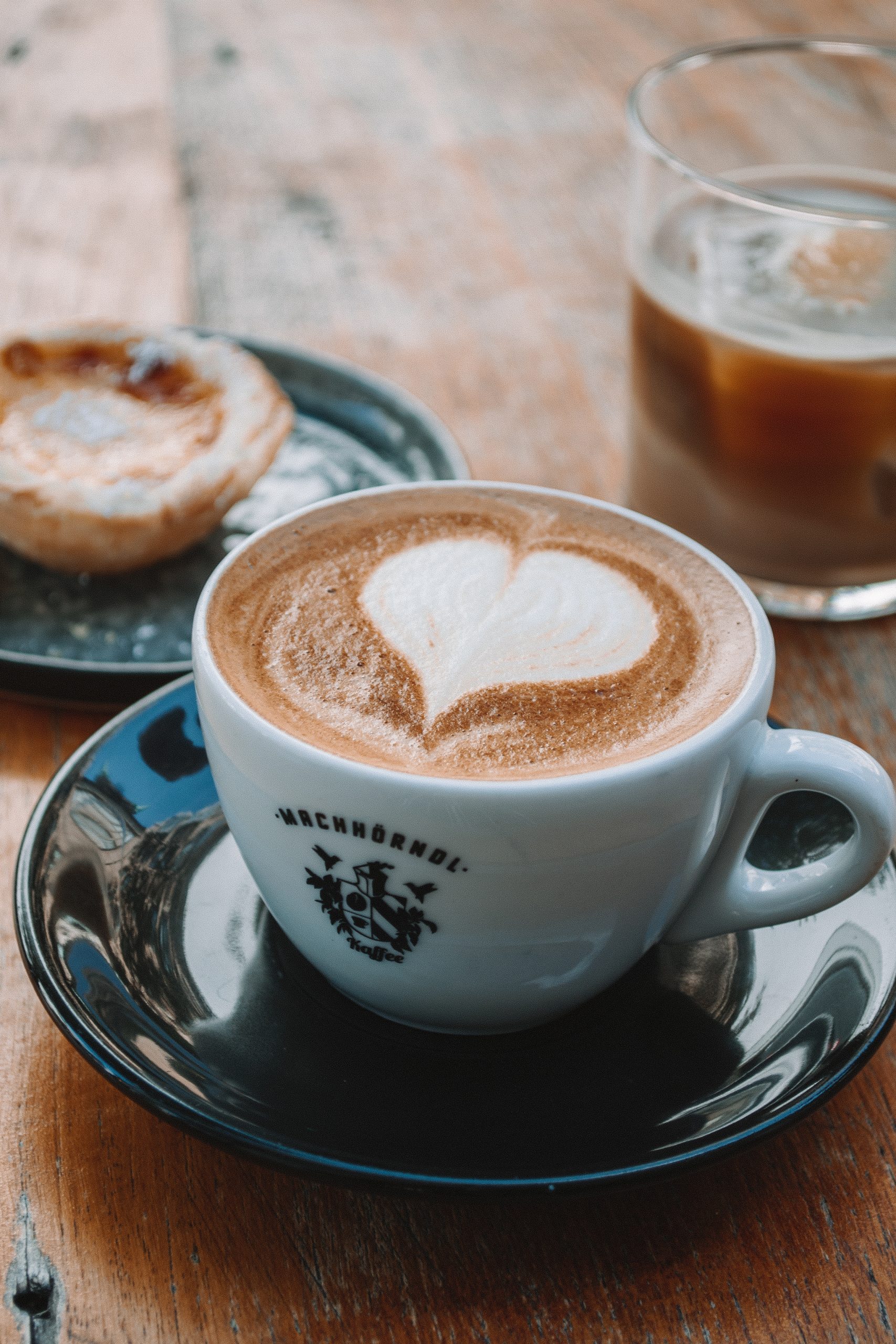 – RECOMMENDED BY A LOCAL! Nice to see you again! If you’re reading this you’re probably (planning on) going to…